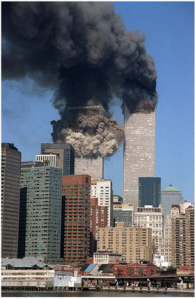 Where were you when the world stopped turning? To borrow singer-songwriter Alan Jackson’s line, a whole generation of Americans – millennials – have come of age since that horrific day when evil men reigned terror on this country. There are way too many media stereotypes of the 20-somethings living in mom and dad’s basement, and far too few accounts of the millions who have responded to these terrorist attacks by putting their own lives on the line for their country.

That’s right.  Since 9-11, more than 2.5 million Americans have volunteered to join our nation’s military branches of service. If you think “dumb” or “poor” when you consider those who volunteer, you’re the victim of another stereotype. More than 99 percent of today’s recruits are high school graduates.  About 10 percent of them have 15 or more credits in college before joining.

Service isn’t for everybody, and only a few are qualified. Health issues, a lack of education, and criminal records disqualify many who would like to serve.  “There are 30-some million 17- to 24-year-olds out there, but by the time you get … to those that are qualified, you’re down to less than a million young Americans,” said Maj. Gen. Mark Brilakis, the commander of Marine Corps Recruiting Command, earlier this year.

Military service also means sacrifice. We’ve seen the heart-tugging pictures and videos of reunions of families with a mom or dad absent due to deployments. In the years since 9-11, our armed forces have been fighting in Iraq and Afghanistan, as well as involved in peacekeeping or joint military activities in more than 50 different countries across the globe.  There are about 6,000 American who made the ultimate sacrifice in Iraq and Afghanistan since November 2001.

Our nation needs all this from us as we approach the 14th anniversary of that terrible September day.

This entry was posted on Tuesday, September 8th, 2015 at 10:07 am and is filed under Uncategorized. You can follow any responses to this entry through the RSS 2.0 feed. You can leave a response, or trackback from your own site.